Automation is quickly becoming a go-to option for large corporations. By laying down an initial investment, the benefits could be huge. Automation removes human error and allows your business to work 24/7 at a low rate. Advances in robotics will continue to evolve the level of automation that companies can achieve.

Machines don’t need breaks or sick leave. They work around the clock. Improved productivity means you get more for less, so you can make a higher profit margin or pass the savings on to your clients. With the introduction of automation, Volkswagen decreased their factory staff from 4000 to 150. The company did so well that they managed to grow their employee number from 30’000 to 70’000 world-wide.

Working in a factory environment is dangerous, dirty and often boring. Robots can complete mechanical rote tasks while humans focus on more interesting and engaging tasks. Initially, people will be displaced, but you can repurpose them to a higher level. This means you end up with a highly skilled, motivated workforce.

Automation cuts down on errors and facilitates faster turnover times. This means you can deliver products to your employees at an impressive speed. Ocado is a perfect example of a company that has flourished because of automation.

With the introduction of things like self-driving trucks, your supply chain will have to evolve to keep up. By implementing a seamless supply chain, you can keep your company running 24/7 without breaking the bank.

Robots don’t need the space that humans do. They can work in smaller environments that might not be hospitable to humans (think an oil rig in the middle of the ocean). We can control the robots from anywhere in the world creating smaller and more collaborative workspaces. Decentralization will allow deployment anywhere in the world while profits are sent back to the UK.

As the future comes closer and closer, customers perception of robots will change. No longer the evil influence in sci-fi movies robots will continue to gain popularity. Your company will have the chance to be on the ‘cool’ forefront of technology.

It’s a common fear that robots will put people out of jobs. Approach the subject tactfully with your employees and explain how they will be working together. Once automation is accepted, workers will be less fearful and more willing to work together.

A fully automated company that is open to cyber-attack is in grave danger. Strict cyber-security laws and programs will have to be continuously updated to prevent an attack. Consider the havoc that the recent ‘WannaCry’ software attack caused. IT security will become an increasingly important sector.

The UK struggles to compete with countries that have low-cost economies. Automization will increase our productivity and increase our competitiveness. For example, Clarks, a shoe company is returning its production to the UK because of increased lead times achieved with automation.

We will see early, tech-savvy companies adopting automation first. Others will be slower to adopt the system as it might not match their budget or market demand.If your company adopts automation at an early stage, it could be seen as ‘cool’ and lead the way towards the future.

Automation will only become more prevalent in our society. The numbers are in and it simply makes good business sense. Whether you are a small start-up or a giant conglomerate, automation is a step towards a more profitable future. 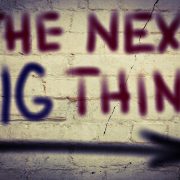 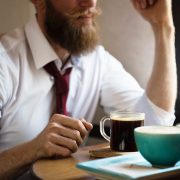